Remember how a private members bill by ex-tory whip David Maclean which sought to cover up MP’s expenses and insulate our elected representatives from freedom of information requests? Y’know the one that was heroically defeated by Lib Dem MP Norman Baker and a handful of MPs by talking it out for 5 hours. Then strangely (as in secretly backed by the govt and senior scumbags of all stripes) reappeared to be debated again this Friday. Well shit, what happened?-

A PARLIAMENTARY showdown over a Cumbrian MP’s bid to exempt the House of Commons from freedom of information laws was deferred at the eleventh hour. A controversial Bill granting MPs and peers immunity from the Freedom of Information Act had been expected to come before the Commons yesterday.

But in a surprise move, Penrith and the Border MP David Maclean’s Freedom of Information (Amendment) Bill was dropped from the Order Paper for debate. Commons officials confirmed that the debate had been withdrawn until Friday May 18. Opponents of the measure suggested the former Tory chief whip had deferred it until after next week’s local authority elections to draft in more support.

They thought they had killed off the Bill after a marathon debate in the Commons last Friday, but a quirk of parliamentary procedure revived its chances. The government has insisted it has no position on the Bill, but its lack of opposition to date has been interpreted by some as tacit support.
Several ministers – including Tessa Jowell, Tony McNulty, Andy Burnham, Ian Pearson and John Healey – are reported to have voted for the legislation last Friday.-

Hmm, so the fight is deferred to mid-May because they perceive they have a better chance of slipping it through, motherfuckers. Eyes will be kept peeled.

A bill which would exempt MPs from the Freedom of Information Act is to be debated again – a week after its critics thought they had killed it off.
Opponents “talked out” the private member’s bill introduced by former Tory chief whip David Maclean last week. – 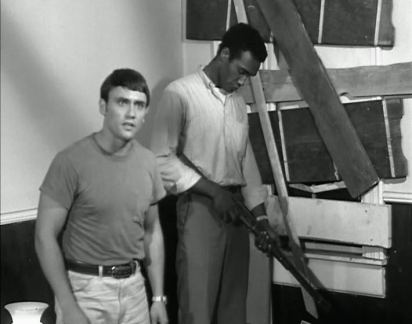 Thanks to D-Notice who caught this a few days ago it looks like David Macleans zombie bill that will exempt MP’s from FOI scrutiny may have finally met it’s machete wielding match and ended its undead rampage. Although no senior politician would admit it, it was backed by both Tories and Nulab scumbags, but it seems maybe the Lords don’t want to get associated with the sleazy bill.

It is now generally assumed that the Bill to exempt Parliament from freedom of information – the ‘Maclean Bill’ – is dead.
This is because no peer had decided to sponsor it and obtain a second reading debate for it in the Lords by last night’s deadline. This does not guarantee for certain that it has come to an end. Parliamentary procedure does still allow for it to be revived later in the session. But it has now missed a crucial window of opportunity to make progress. Even if someone does emerge to sponsor it later it will have major difficulties in getting sufficient debating time given the other business in the Lords between now and the end of the session.

For some this will be a victory for transparency in public life. For others it represents the frustration of the will of the elected House, because any peer feels too intimidated by the prospect of media attention to sponsor the Bill.

And in comments the author reveals:

What I meant was the point about intimidation was part of what ‘others think’, not necessarily my own view. However personally I do believe it was one factor, and that is based on conversations I have had.

I don’t want to take all the credit (if only corrupt pols were scared of me), but hey, we helped scare a toff into not sliming the bullshit bill through, woohoo! But seriously, ‘intimidated’ boo-fucking-hoo, cry me a river, drop the frame douchebags, this was a bad bill coming from bad faith and you got caught. The UK is already insanely secretive and we really don’t need any more shadows in which the elite can conduct their business.

Call me cynical but I won’t be taking the hastily nailed boards off the windows next (hell yes I’m enjoying the zombie metaphor) I also reckon they might try to tack the measures on to another bill, probably something with ‘terrorist’ or ‘paedophile’ in the title. So look out for the “Homeland Protection & Security Safety from Terrorist Paedophiles Bill’ appendix 37 q subsection 14 f- and we are exempt from FOI so pass the lobbyist cash over here Mr Mammon (but y’know, in lawyer speak).

Opponents have effectively scuppered a bill which would exempt MPs from Freedom of Information Act inquiries
Ex-Tory chief whip David Maclean had brought in the private member’s bill.
He says he does not want letters on behalf of constituents published – but it would also curb requests about issues such as MPs’ expenses claims. –

Meanwhile the fuzz hand over the files to the CPS:-

The file from the police investigation into whether people were nominated for honours in return for money has been handed over to prosecutors. A Scotland Yard spokesman said that what they consider to be their main file on the investigation was “a 216 page report with supportive material”.
He said there had been extensive consultation with the CPS during the inquiry, and this was the 12th police submission – in total they have handed over 6,300 documents.-