(Reuters) – U.S. President Barack Obama will frame the war in Afghanistan as part of a wider pursuit for peace when he accepts the 2009 Nobel Peace Prize in Oslo on Thursday, a U.S. official said.

Survival Of The Kindest

(ht2 Naj) ScienceDaily (Dec. 9, 2009) — Researchers at the University of California, Berkeley, are challenging long-held beliefs that human beings are wired to be selfish. In a wide range of studies, social scientists are amassing a growing body of evidence to show we are evolving to become more compassionate and collaborative in our quest to survive and thrive.

In contrast to “every man for himself” interpretations of Charles Darwin’s theory of evolution by natural selection, Dacher Keltner, a UC Berkeley psychologist and author of “Born to be Good: The Science of a Meaningful Life,” and his fellow social scientists are building the case that humans are successful as a species precisely because of our nurturing, altruistic and compassionate traits. They call it “survival of the kindest.”

“Because of our very vulnerable offspring, the fundamental task for human survival and gene replication is to take care of others,” said Keltner, co-director of UC Berkeley’s Greater Good Science Center. “Human beings have survived as a species because we have evolved the capacities to care for those in need and to cooperate. As Darwin long ago surmised, sympathy is our strongest instinct.”

Also they have come up with the name, the ‘cuddle hormone’ excellent!

Keltner’s team is looking into how the human capacity to care and cooperate is wired into particular regions of the brain and nervous system. One recent study found compelling evidence that many of us are genetically predisposed to be empathetic.

The study, led by UC Berkeley graduate student Laura Saslow and Sarina Rodrigues of Oregon State University, found that people with a particular variation of the oxytocin gene receptor are more adept at reading the emotional state of others, and get less stressed out under tense circumstances.

Informally known as the “cuddle hormone,” oxytocin is secreted into the bloodstream and the brain, where it promotes social interaction, nurturing and romantic love, among other functions.

“The tendency to be more empathetic may be influenced by a single gene,” Rodrigues said.

Lack of which explains conservatives then…

Woohoo, that bastion of human rights best practice and US ally/deluxe military base has tested the ethical standards of Taser Inc. and found yes indeed they will sell them to such wonderful not at all death squady torture happy Colombian cops, also gotta love the ‘electronic control devices‘ euphemism Taser employ…

Picked up from Twitter posted on Dawkins site is a piece by Ayaan Hirsi Ali entitled Swiss ban on minarets was a vote for tolerance and inclusion. So WTF? Is this just for pointless discussion/attention or is it an implicit agreement with the ban, a lot of people somewhat idolise Dawkins and it is certainly fun seeing him skewer religious chumps but his atheism sometimes ignores political, historic and cultural context. It sounds like me and my friends in sixth form when we were rejecting our dumb bullshit catholic nonsense, light on life experience but full of righteous iconoclasm. I don’t like religion, I am an atheist but it seems to me there is a strand of atheism that (pre) judges all religious people without finding out about them. I think religion is dumb and harmful but there are clearly people who are religious and use it to both make their life work and help others without trying to convert them or impose conditions on them (admittedly not much organised religion works like that). Given this is not a perfect world I am not going to prioritise them renouncing their beliefs before I respect their lives and deeds as long as it is not a cover for bigotry, conservatism and domination, I just think some atheists obsess over it to not much practical end and begin to appear smug. But if this also means tipping into support for this discriminatory ban I think we are seeing one thread of atheism that like religious extremists endorses discrimination. And of course the ban was fomented by fascist politicians many of whom think of themselves as Christian (and crusaders), as a commenter on Dawkins site points out the ban got more support in religious areas as opposed to less religious areas, the four Kantons that voted against were also the four who voted for women’s suffrage. So in fact that affirms tolerance and progressive attitudes yet it was a commenter left to say this not the site who posted the piece without comment. So WTF Dawko?

Always heartwarming to see how war is used as a laboratory for testing and deploying new technology of domination, plus note the spying issue, the enemy in Afghanistan do not possess good -if any- radar, so what are stealth drones for if not to test and spy on other bordering nations. 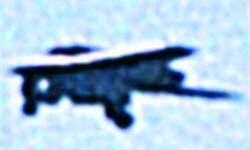 The US Air Force on Tuesday confirmed for the first time that it is flying a stealth unmanned aircraft known as the “Beast of Kandahar,” a drone spotted in photos and shrouded in secrecy.

The RQ-170 Sentinel is being developed by Lockheed Martin and is designed “to provide reconnaissance and surveillance support to forward deployed combat forces,” the air force said in a brief statement.

The “RQ” prefix for the aircraft indicates an unarmed drone, unlike the “MQ” designation used for Predator and Reaper aircraft equipped with missiles and precision-guided bombs.

Aviation experts dubbed the drone the “Beast of Kandahar” after photographs emerged earlier this year showing the mysterious aircraft in southern Afghanistan in 2007.

The image suggested a drone with a radar-evading stealth-like design, resembling a smaller version of a B-2 bomber.

The air force said the aircraft came out of Lockheed Martin’s “Skunk Works,” also known as Advanced Development Programs, in California — the home of sophisticated and often secret defense projects including the U-2 spy plane, the F-22 fighter jet and the F-117 Nighthawk.

The photo of the drone in Afghanistan has raised questions about why the United States would be operating a stealth unmanned aircraft in a country where insurgents have no radar systems, prompting speculation Washington was using the drones for possible spying missions in neighboring Iran or Pakistan.

The United States has carried out an extensive bombing campaign against Al-Qaeda figures in Pakistan using the Predator and larger Reaper drones.

The RQ-170 is flown by the 30th Reconnaissance Squadron at Tonopah Test Range, Nevada, home of the F-117 stealth fighter when the program’s existence was secret — and falls under Air Combat Command’s 432d Wing at Creech Air Force Base, Nevada. At Kandahar, the Sentinel was seen operating out of General Atomics Aeronautical Systems’ hangar. The RQ-170 designation is similar to that of the F-117 — a correct prefix, but out of sequence to avoid obvious guesses of a program’s existence. Technically, the RQ designation denotes an unarmed aircraft rather than the MQ prefix applied to the armed Predator and Reaper UAVs. The USAF phrase, “Support to forward deployed combat forces,” when combined with observed details, suggest a moderate degree of stealth (including a blunt leading edge, simple nozzle and overwing sensor pods) and that the Sentinel is a tactical, operations-oriented platform and not a strategic intelligence-gathering design.